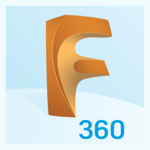 Questions from an old man.

Hello young people! I am getting ready to take a Fusion 360 class through an online company called Lynda. Is Fusion 360 also a slicer? If not, would you recommend Simplify 3D or Mach3 as a slicer? Thank you!

I'll be purchasing a sub $1,000 machine that can print nylon around Christmas if I'm extra good to Mrs. Claus (wiggles eyebrows). Then in the spring I'll be designing and building my own.

Fusion 360 does not slice (at least not for 3D printing) and Mach3 is only CNC related (not 3D printing).

There are free slicers available that are as good (certainly for being free) as Simplify3D. Try Slic3r and/or Cura

Core3D.tech Fusion 360 does not slice (at least not for 3D printing) and Mach3 is only CNC related (not 3D printing). There are free slicers availabl...

Thank you so much!

Well, there is one that I've just started using. It's made by Autodesk and it's free and available for download from the Autodesk App Store:

Edward Hoon Well, there is one that I've just started using. It's made by Autodesk and it's free and available for download from the Autodesk App Sto...

That is a slicer but not one for 3D printers. A slicer for 3D printers creates specific gcode for the printer you've configured your slicer for. The slicer you refer to is something you would use to create 3D objects out of cut piece from a laser cutter of CNC.

For 3D printer you need a 3D printing slicer program like the ones I mentioned (or the one Charles mentioned. The Slicer charles mentioned is $150 and might offer some features that are better than the free ones (the jury is out on that) but for a beginner in 3D printing, you would be paying $150 too much.

I personally design and build 3D printers and I've never had the need to pay for a slicer. Between Cura and Slic3r you have pretty much all the functionality you need.

Core3D.tech, I was looking at the Cura offering a few days ago and it's a nice program for 3D printing!

Speaking of slicers, I mentioned the Autodesk software. Can you recommend better slicer software for working with larger objects? 30" x 30" x 8". (rough estimates - but general sizes). I'm working with glass and carbon fibres and using them for the production of molds and plug/bucks.

There is fusion 360 slicer

when you model something, you import in fusion 360 slicer and whatever you want. and for slicing I think you dont need lynda course. For fusion 360 maybe you will need, probably YouTube would be enough to learn it, if you know basics of 3d modeling

Based on Charles' question; he's looking for a slicer for 3D printing ("I want to print Nylon" which seems to indicate a 3D printer). Like I stated earlier. The Fusion 360 slicer IS NOT a 3D printer slicer. It is intended to laser cut/cnc slices of a model created in Fusion 360.

A slicer for 3D printing does not produce 2D models that can be cut but generates gcode that controls the 3D printer. It contains much more information than just layers. It manages, temperature, speeds and amounts of plastic extrusion.

Core3D.tech Based on Charles' question; he's looking for a slicer for 3D printing ("I want to print Nylon" which seems to indicate a 3D printer). Lik...

Thank you very much for your insight. The machine I will build will be like the DeltaBots 3D potter. So I will print with clay. I have a friend that actually has a 3D Potter machine from DeltaBots and he's had great success with it. I want to build one that will print much wider (1000mm travel on the X axis). Taller is a problem as the clay tends to collapse when getting over about 18". Have thought about filling the pot as it is built with some kind of medium (Sand? Water balloon?) to keep that from happening. If I can find a way around the height problem... I'll be golden. :)

He paid big $ for that machine ($6,000+ with the extruder). No table. No auto leveling. I think I can build one for far less money. The print speed only runs at about 110mm/sec. Not fast at all and not a problem. I have all got dang day. 4 or 5 pots a day would be a whole lot of post production work. They have to be sanded, glazed, fired etc. His machine is also driven by belts. This has caused him problems on the Z axis as the extruder holds about 20 lbs of clay. His belt stretches and comes apart. In my opinion the Z axis should have been designed with a lead screw or ball screw.

Speaking to that in particular, resolution isn't such a big deal with clay. I had thought of doing all 3 axis with a ball screw setup, but since resolution isn't such a big deal I think a lead screw system would be good enough. Although the price difference really would not be an issue and what if I also wanted to convert to nylon or something later?

I've decided to just buy a printer for the nylon or ABS printing. Something sub $1,000. This machine will be used to print parts I need for the clay machine.

I have no coding experience, so I hope that is not going to be much of a problem.

I think my friend's machine runs on Marlin firmware and that the boards and touch screen are from Smoothieware. I know my first machine will be the most expensive as I learn and make mistakes. After that, the cost to build should come down.

I might need to hire one of you guys to consult in the future (firmware, programming, etc.). Any help is appreciated. :)

I'd actually like to give Deltabots a run for their money. I truly believe I can build a similar machine that will cost far less and be more robust. I mean, come on. It's just 3 axis + another to push clay through a nozzle. So a 4 axis machine. NEMA 23 motors. There's no heated nozzles or anything like that. The nozzles for the clay are 3D printed. How expensive can it be? $6k+ (what my friend paid)? I don't think so. $1,200 to $1,300 maybe. Add $700 for a 4x8 table. It's a fairly primitive machine if you ask me.

Wow, $6000 does seem like a lot. A quick search show the clay extruder kit selling for $700 (granted that's from Italy) and building a printer around it shouldn't cost more than $800 (https://all3dp.com/1/3d-printing-ceramic-3d-printer/). The Potterbots extruder doesn't look that sophisticated either. The challenge is figuring out the extruder speed.

The nema 23 motors seems like overkill as well I had a CNC machine but that needed to push through metal. Especially with a kit like the one above that seems to offload the clay away from the extruder.

Delta Printers are generally known for their speed, but much of the speed is derived from the fact that the extuder is lightweight. For Clay, I do think you need some setup where the bed remains stationary. Clay won't harden as fast as plastic.

It's not hard to implement auto leveling but since your printing Clay at probably pretty thick layers I would think manual leveling should be easy too (we're not talking microns here).

I use metal beds on all my printers and use induction sensor for auto bed leveling.

Two things to think about with ball screws:

There really is no coding required for a Marlin setup. It's all configuration. Most 3D printers run on 12/24V which won't be enough for the Nema 23 Motors (I believe) so that might be a bit different from a regular 3D printer setup.

Sound very interesting (I was thinking of building a food 3D printer at some point). Feel free to shoot me questions directly when it comes to your 3D printer purchase and building a 3D Printer at admin@core3d.tech (I'm a hobbyist not a business so I won't be selling you anything).

Fusion 360 added the capability to slice models and create toolpaths and produce G-code for 3D printers back in March 2020.

You can learn all about it in this video: https://youtu.be/v4-d2DUXYbM