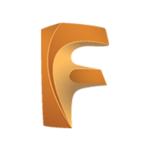 Training for Fusion 360 and composite structures

I am looking to attend a Composites design course for Fusion 360 at ACT in London Ontario, but they haven't filled the attendance list in order to run one.

The next opportunity to have them run a course is starting on August tenth and I am searching for fellow Fusion 360 users who have a need for this training and would be able to attend.

Ideally, you work as an engineer for a company that can afford to send you as it isn't cheap to attend. However, the training is top-notch. The owner of ACT is routinely called out to consult for NASA and the Armed forces... his most recent out of office experience was to deal with an F-35. And I know back in the late 90's he was called out to analyze and perform a repair on one of the very first Stealth 117 injuries.

Anyhow... I realize there won't be many of you out there that can afford this but I'm just trying to find three others to go with me at this point.

You learn fusion 360 as it applies to composites construction including using the module that lets you define laminates and bias. Then you learn to design the mould. And from there you learn how to properly engage the CAM portion of the software and the second week is putting it all into practice and actually designing a part, designing the mould. Building the mould and building a part in carbon fibre using the vacuum bag process. I have done a shiiite job of explaining that with any eloquence but check out the link and if you think you might be interested let me know... or call ACT and ask to register for the course on the 10th Aug for Union Aerospace.

Also if this is an inappropriate use of GrabCad forums or I'm in the wrong place here please let me know and feel free to pull this down without offending me in any way....