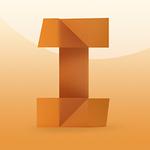 Sorry I never try that but I'm sure it will be interesting to design in that way!

I have a Samsung gear vr,

So the way I do it now is by exporting my model to obj and importing it in blender.

In blender I render an image as a panoramic image and then view it with 360 photo viewer on the gear vr.

I really want a way to walk around in the model.

one option I am exploring is to use unreal engine to make a simple game for gear vr and then importing the model I want to view.

﻿@akbarsubagjarizki-1﻿ I didn't find any VR videos in your channel. Maybe I missed something but unsure why you posted here.

About VR in INV. I don't know of any add-in at this point. I have seen a factory layout from INV, with a Revit building in VR in Navisworks. I think there is an extension that you need to install to make that work. But it was pretty cool.

At another location, I heard they discovered a hand rail was mounted to low in INV after walking the stairway in VR. That VR walk through was done in Navisworks as well.

There is a pretty good VR workflow if you have access to Inventor via the Collection, have a look at this video: https://knowledge.autodesk.com/support/3ds-max/getting-started/caas/screencast/Main/Details/6f8e6e24-62ea-46b2-afcd-badd16c87f98.html