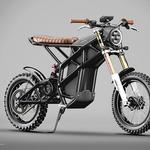 Like so many other popular motorcycle brands out there, BMW is no different in that they have been examining the marketplace for acceptance of an electric motorcycle.

However, unlike most motorcycle only companies, BMW has taken the lead in electric cars, so why should they wait when they have working technology models already ?

Well the problem like any new market is that the early adopters usually get hurt spending so much time cultivating the marketplace that they set the stage for everyone else, but then are financially exhausted when it comes time to jump in.

Moreover many other companies learn from their mistakes while not spending a penny for the design challenges and simply walk into the marketplace copying and improving the bar that has been set.

This has happen in China with cell phones, computers, and even infrastructure that has leapfrogged many other nations when the forklift upgrades for other companies or countries cannot afford to do the same.

So in this article a year ago showcases BMW's electric motorcycle :

But in January of this year we are told that BMW is 5 years out for production :

But even more recently that is questioned again :

So market introductions and productions are a moving target for many companies out there. And with some early starters like Harley Davidson pulling back out due to safety and reliability concerns, its no wonder that the marketplace is schizophrenic.