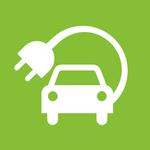 A few words on EV Design

I adopted alternative design (energy and construction) in the early 1970s. In those days much of the advancement was from us "back yard mechanics". We communicate through magazines and news letters. At the time lead acid batteries were the common power source. However there was a drive for a lighter power source and eventually lithium ion batteries emerged. The problem with lithium batteries is that lithium is not an abundant resource. It is in fact so rare that the few sources are easily controlled and monopolized by mega corporations. So in effect we traded an oil monopoly for a metal monopoly.

Why did lithium replace lead acid as the go to source for EV power? The answer is found in the marketing strategy of large corporations.

In the USA they typically control the press and other news media.

They also lobby (bribe) congress and the grant giving agencies to absorb most of the research grant dollars.

They use psychological marketing techniques to push the idea that EVs must have the range and speed of IC engines even though a typical commute is under 45mph and 25 miles travel one way. Lead acid batteries may be heavy but they are cheap and quite adequate for lower speed vehicles that do not need to travel long distances. If the general public was to adopt an attitude of attempting to create EVs they really need, instead of EVs the corporations tell us we need, we could prevent the corporate take over of the EV market by using the easily monopolized lithium market.

I hope that some of you will attempt to develop an EV based on lead acid batteries. I suggest designing the vehicle so that the battery unit is a removable module. In such a case the power module. would slide out of the vehicle and a new one would slide in for extended range trips. This could be done at service stations with charging facilities.

Thanks for your consideration. It is time to bring back the "Back Yard Mechanic" and inventors.

I like your description that inspires the advancements in today's EV energy sources, with lithium material being a form of technology based on monopoly purposes.

I think it is the burden of the development of EV technology today is not on the driving technology, but more on "with what energy source EV will be in motion"

Thinking of you this can be the basic ingredients of our shared, that indeed we need cheap battery technology and easy.

Who knows among us there who already have experience, or the ability of the battery technology is appropriate and easy for us to make at home. At least how lead acid batteries we can modify more precisely for an EV.

I am waiting for this discussion to develop from anyone

I agree that battery technology is the first design parameter to consider. I also agree with the discussion above by Rollin Shultz. Even though flooded lead acid batteries can account for up to 50% of a vehicle weight, it is widely available and a mature technology. NiCad batteries have higher energy density, but they have high internal discharge and are difficult to charge. Zebra batteries, used by Modec vehicles are higher efficiency, but not widely available. Lithium ion batteries have high capacity, but might be subject to monopoly. Prices are certainly rising. Canada is becoming a promising supplier, but that might be years before they can meet demand. If we can design a simple EV using deep cycle flooded lead acid batteries with a range of say, 40 miles or so, then the lower costs should enable others to make their own neighborhood EV, if we keep the design simple, efficient, and as easy as possible to construct.

Same thoughts about this topic! Modern striving for lithium-ion batteries in everything looks like intentional run into troubles of shortage and recycle.

Lead-acid worked successfully in early days of electric automotion, and they work now in heavy transport and industrial machinery. They are cheap, maintainable and recyclable.

I have on and off devoted a little time to this problem. I believe a good method is to design EVs with the following parameters:

Just some ideas I have tossed around in my head when considering EV design. I would be glad to hear all of your's as well.

Kirill Romanenko Same thoughts about this topic! Modern striving for lithium-ion batteries in everything looks like intentional run into troubles of short...

Not to mention also that there is a waste problem with lithium batteries until such time as a reliable method of recycling is created. Although recycling solves a material recovery problem, it typically has a high energy cost which involves increased pollutants.

I think the points made by Rollin Shultz are right on target. Modularity is huge, particularly if the battery trays could by interchangeable. And, as is the case with all vehicles, weight adds penalties. I envision a smaller, lighter vehicle, perhaps a tadpole arrangement, with modular wheel motors, and an extensible faring that streamlines flow around a small, self-powered trailer, when required.

I disagree about wheel motors. There are several reasons for that:

Electric motors are very compact, so they do not need any big engine compartment. You can see how small engine on KTM Freeride E, Brammo and Zero motorcycles. Most volume of their 'engine compartments' are occupied with batteries.

There are many standardized electric motors for vehicles and industrial machinery, so they are in full compliance with modularity and interchangeability principles.