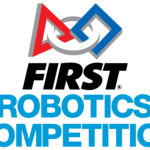 How has your FRC Destination: Deep Space 2019 experience been so far? What thing's would you do differently or change if you could compete again?

I'm a bit late to the party, but here we go.

This season has been a learning opportunity for both of the teams that I work with.

One of the teams, my older team, had some major issues with our first competition. Pretty much, our robot was not properly secured during transit to the competition, and there was some significant damage done to our swerve drive, and some of our wiring. Since the worst damage was to our encoders, we were actually able to lock the swerve modules into place, and use them as a form of tank drive. All things considered, I think that we were able to do quite well considering the problems we had. We ended up using our 30 pounds out of bag (a michigan thing) to swap over to tank drive before our second competition, since we weren't able to rebuild the swerve drive with enough time to test it.

The other team that I work with, a rookie team that I mentor, had an awesome first season. When I started working with this team, I advised that they take things slow for their first season and build a simple robot. We ended up designing a robot with a simple arm that extended out to grab hatches and a bucket on top of the robot that could dump cargo into the cargo ship. They ended up being semifinalists at their first competition, and being on the winning alliance at their second competition. We made it to Michigan's state championship and competed in the Ford division. Since there are only 4 students on the team, I feel as though they deserve to be immensely proud of their performance this season.

If I were to have done anything different this season, I would have pushed harder to have my team produce enough components to build 2 full robots.(My coach didn't feel like it was necessary to make more swerve drives) If we would have had extra swerve modules at our competition, we could have easily fixed the damage to the robot and been much more successful this season.