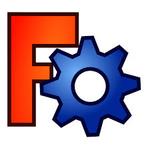 Hi All! new here. Recently started using FreeCAD and Assembly 4 Workbench. Liking it so far. Does anyone have experience with FreeCAD and very large, complicated assemblies?

I didn't, personally, but Zolko (the programmer of Assembly workbench) did a pretty large one, as shown on the release notes for 0.19:

prior to the step change of the software I put an Atlas Lathe created all in FreeCAD. Lots of parts. Had no problem. I have seem to not have a problem so far building assemblies. Not used assembly workbench often because I build the models with the part in the final location. Assembly is so touchy that the part moves so I have to reposition it. Would like the option of using the position of the part and then fix it.

I also have to deal with the never fixed viewing problem for some cards. Can not create transparent parts. I learned 3D modeling before anyone had transparent parts so I learned to work with wire frame. The problem didn't exist with pre step change version of FreeCAD so it is clear that if they provided a choice of using those drivers transparency would be availible.

I have created some fairly complex assemblies with Assembly Workbench 2. Per the last comment, with AW2, you can set parts to fixed. You can also set parts to a percent transparent on the view tab.

One hard thing I ran into is when I wanted movable assemblies. I had a suspension arm that I wanted to be able to move up and down while constrained to the mounts. I positioned the arm such that the origin was where I wanted it to pivot, then wrapped it with another object. I would then Use that in the assembly. A problem I have run into is when I make a change in a part that causes the indexing of the lines and such to change. Then the assembly flakes out and I have to reattach that part.

Thanks for the responses! I suppose the limitations are relational to your hardware. So far I haven't had any issue, but knowing the limitations will guide my model architecture decisions going forward.

I haven't got into animating/moving parts yet. Will see how this goes with Assembly 4.

Nice! will keep it in mind. thanks for sharing.

I just did away with my dedicated graphics gaming laptop for a sleeker integrated graphics laptop. Loving the battery life but we'll see how we go with those larger assemblies.