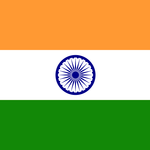 please help me to Where can I buy second hand laptops for designing work in India.

In India is not possible for mobile workstation.

But u can buy it from USA.

Nahru place in Delhi.you can get Laptop for designing work at low Price.

I would not recommend having a second hand laptop..and that too especially for work. I've had a pretty bad experience myself. Later on you'll find bugs or something that caused the previous owner to sell it in the first place. And even if the shopkeeper have fixed defects, you still can't be sure of the parts installed or removed, their ingenuity, etc. That thing will become pain in the..well ahemn! ... besides you wasting your money. And you'll regret on saving money, where you actually should have spent it, no shortcuts here my friend.

You can think of it the other way: "When do you really sell your electronics?" When they are having some H/W issue(s)- uneconomical to repair or simply when it starts lagging a lot! (expected from an aging device). Now, multiply that with the complexity in repairing of a compact device - 'laptop'. and non-sense of mostly non-professional repair-men! Chances of you getting a good old WORKING laptop are diminished. And that's what you get in Second-Hand (or even Third-Hand) PC Market in India.

My experience in second hand laptop:

It was around 2 years ago when I decided to buy a second hand laptop (and it was the worst deal in my life so far). I went to a shop in my city after checking a lot many before. He asked me- my budget and requirements. Besides common things I told him that I definitely need a graphic card of atleast 2 GB (for practicing advanced CAD & FEA). He took some laptops from his storage and some were already on the desk. He turned and told about each, one by one. I asked him- "Why are they on sale, anyway?" For one ASUS laptop with still broken hinge, he said- "It was recently purchased by someone 'wealthy' who accidentally dropped it and thus came back to sell it and bought a new one instead." It was having a nice black, metallic body, SSD, non-HD decent screen but still a broken hinge. And, after reviewing almost all the laptops for sale I decided to buy a Dell Studio 155x. It had a FHD-Display, Intel i5, AMD 1GB dedicated (had to compromise), great speakers 8 GB RAM (2x 4GB sticks). I tested almost everything I can, and watched a movie on it. I noted down the models and came back home, researched the laptop models and their specs & reviews. "I search things by how they 'sucks' first, not how good they are. So that I know the worst to expect." Dell 155x was really a great machine of its time.

After some days, I bought that 'sh*t' I've to say that. I tested it to my best all the day before paying...like I went to the shop at around 10AM and bought it at at 8-9 PM, all the time in between was testing the deal. My mom was definitely angry for being late. I've good knowledge and experiences in computer & stuff. But still I failed, the device stopped working after 2 days. Actually, the display went OFF, which was one of the deciding factors for me to buy it. Everthing was working fine. I could hear the booting sounds of Windows 7, then due to my experience with Windows, I logged in with password and even played the Kalimba (default Music in Win7). This concluded that either the Display went bad or something related. After my investigations, I concluded that the GPU solders failed due to overheating, a fail too impossible to be easy. It needs re-balling. I went to renowned shop in Nehru Place, Delhi. Got two laptops repaired in front of my eyes. They replaced screen wires of my old VAIO and I throughly checked it, still working great. I could have done it myself but I let things happen anyways. Coming to SECOND HAND DELL Latop, they tried reballing it, it worked. I tested it for and hour and it failed again.

I still had that laptop in storage. It worked randomly once. I'm planning to revive it with external GPU someday.

Never go that easy for- SECOND HAND PERSONAL COMPUTERS in India. You don't know the history of that device you might buy. What it had been through and what not!

And if still needed, you should definitely load it up before making purchase. And do check for components inside it, by asking shopkeeper to open-it up & show it to you. The fact is- if shopkeeper excuses then you should too. Good luck!