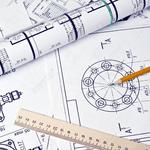 Hey guys, I have a couple of symbols here that are from some older blueprints so the conventions might be out of date but I can't really figure out what these are telling me.

Dimensions have been removed because of NDA stuff. Thanks for any insight! 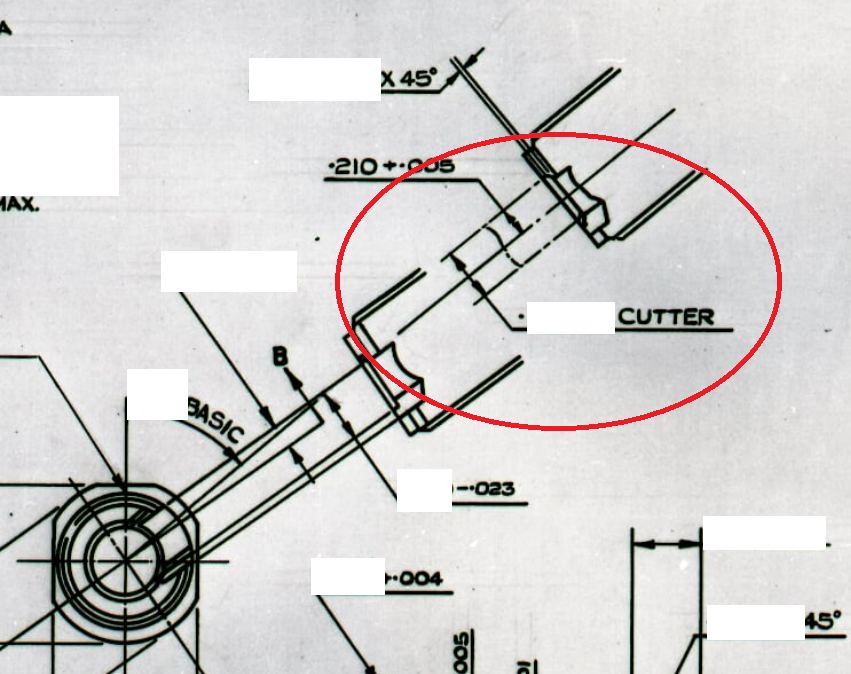 A former teacher of mine said the following is called a "dim-jog" line (the two arrows referencing the centerline) but I'm not sure what the number in the bubble means or what the symbol is telling me. 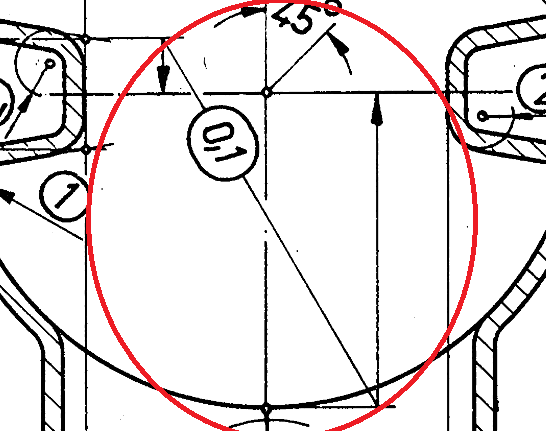 I NEED THE COMPLETE DRAFT FOR TAKE A OPINION

The first figure has too many dimensions eradicated to understand what you're asking about.  The term "CUTTER" I think is to describe the size of the tool used to cut the hole feature.

I think the second figure shows a dimension between the two centerlines with a very small distance of 0.100.  Not sure why both jogs are exactly at the extension lines, unless it to designate what the centerlines belong to?

Not sure why there is a bubble around some dimensions. Might be for inspection purposes? There should be an index somewhere on the drawing explaining that.

Jack K The first figure has too many dimensions eradicated to understand what you're asking about.  The term "CUTTER" I think is to describe the...

Thanks! The red ovals were done my me in mspaint. I was more just referring to this particular series of symbols. I assume it's on a 45° or something. Commas are used by basically every non-English speaker.