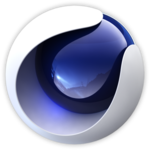 I'm just a beginner starting very recently and I'm curious what did I do wrong to make this happen? And how can i do it right. I am currently following a coffee mug tutorial when I get the free time.

The tutorial makes a handle by extruding 2 squares, then make a side diagonal and extrude it, and followed by a bridge. I split the cylinder in uneven sections, so the squares were not equal which resulted in weird geometry as I worked on both the upper and lower handle at the same time.

I thought the fastest way to make a mug is a cylinder with a rotated torus half inside the cylinder for the handler in the volume modeling. I would need a + cylinder, a + torus and a - cylinder that is smaller to cut the bigger cylinder. I haven't tried it yet, but will that - cylinder cut both the big cylinder and half of the torus? Or do I need a separate - cylinder for cutting the torus in half?

Merging it doesn't delete half of torus' geometry as it is still inside. Also as I still need to edit the top. Now I inner extrude to cylinder top circle. Now another weird thing happened. Sometimes the extrude down takes only the circle segments and sometimes also the edges with it. So, I only want the surface to go down and not the edges. I have no idea why this happens.

I do continue my progress halfway instead after several undo's instead of starting anew, but I need to know the logic before I continue. Yes, I will make mistakes, but I need to learn from them before moving on.