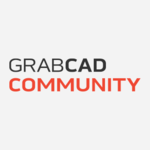 What are the requirements for the Share Master badge?

Steen Winther told me that having your models downloaded 10,000 times gives you that badge, which is logical (by looking at the badge's icon).

But today I found this user that has only 3955 downloads, but has the badge...

Are the requirements different than what we know?

Do you mean by sharing using this button? 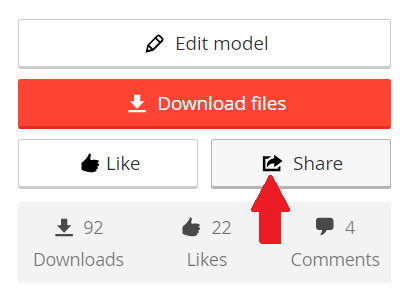 How do you know?

I checked some users in the list, they do all have more than a 100 models.

What about what ﻿@steen.winther﻿ told me?

Were the requirements changed?

Because it was awarded to me when i uploaded 100 models...

A user with the badge and only 3,955 downloads may have deleted some of their models from the library.

There are several members listed under that badge with small download counts, these come up as some of the most recent recipients:

It seems unlikely that they all deleted a number of models, but it is possible.

FredSWUG A user with the badge and only 3,955 downloads may have deleted some of their models from the library. There might be other explanations ...

It's a mystery. But the badge system is being revamped, so who knows? Maybe 100 uploaded models is the new 10,000 downloads?

Here are some members with over 10,000 downloads for fewer than 100 models, but no Share Master badge:

Another mystery is the requirement for Render King. The description says "render 100 of your own models". But there are members with the badge who have fewer than 100 models:

Maybe it is possible to get the badge by uploading 100 images for a single model?

The ambiguity of GRABCAD's preconditions for awards & terms is one of the ongoing frustrations I find and as it seems also per YTK's many enquiries into different matters.

GRABCAD has said that it is revamping the Badge awards infrastructure but that was mentioned quite a few months ago with no real update or when it will be rolling it out . I do not know if guidance has been left vague for flexibility or to prevent manipulation for dishonest gain. Whatever reason, it is not working.

The Share Master Badge I believe will be for 100 uploaded models. I myself do not have the badge though I have over 11,780 downloads but then only 63 models.

One other issue not really taken into account is quantity over quality. Certain models are a compilation of multitude of parts. Some of these parts are quite intricate & would constitute a singular status of their own. Maybe models could be given a rating reflecting on CAD Skills, Intricacy, size and scope.

Certain inequities are in the present badge / award / point systems and it is hoped that GRABCAD can attend to it at their earliest convenience in true service to contributing GRABCAD'rs. Once again making it more transparent for working to goals as well as rewarding contributors and chastening those who abuse the good nature of the site.

There is quite a disparity between contributors and those that take with nothing given in return. This can be seen in the number of downloads against the LIKES given to a model, as well as pirated models. It is hoped that GRABCAD will do what it can to protect those against the unscrupulous and reward those that make the site what it is and encourage all to contribute to for every ones benefit.

But, look on the bright side, 10,000 downloads of "only" 26 models proves you have some very popular models.

I have had an email reply from Kesa and he has indicated that the award will undergo a complete revamp and be a multi tiered format addressing some of theses issues raised. It is still undergoing review as per indications in email. Time will tell and I guess it is just a matter of patience to wait & see. Thus the conversation may loose its relevance as to present award requirements but it has shown that GRABCAD is listening to members.

THAT DRAWER slide is very popular

I believe you're disappointed...

Your other - better - models didn't get that popular, while that simple - when compared to them - model got that popular.

Hey Todd, keep up the good work and contributions! I know the drawer slide is quite a useful model to be used as a part of other assemblies. Even more so than if I created a left handed nose picker for booger mining no matter how intricate a model or a monument to my own arrogance it would be!

All the Best and looking forward to seeing more of your works :